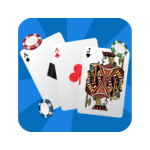 A friendly card game against a bot. Align 5 cards in the right order on the board, and win!

Do you have what it takes to beat our bot? Play the game now and find out!

How to Play One Eyed Jack:

There are 104 cards, out of which 8 cards are Jacks, and others represent a specific position on the board. Every turn, a player draws a card and utilizes one of his cards to place a chip on board. The game's objective is to create a sequence of 5 cards either horizontally, vertically, or diagonal. 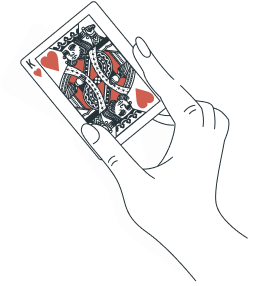 Each player is given a set of 5 cards to begin with. Select one card from the available cards in hand and place a chip on the matching card on the game board. This completes your turn.

This is the Goal

The goal is to align and create a sequence of 5 cards in any way: a vertical column, a horizontal row, or a diagonal line.. 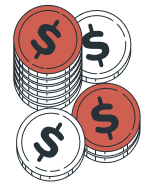 The player to make the pattern first wins and gets 10 coins as a reward. On losing the game to the bot, you will only get 5 coins.

The One Eyed Jack

One-eyed jack (Anti-Wild Card): There is a total of 4 one-eyed jacks in the deck. Playing this card, you can remove one marker chip from the game board belonging to your opponent to complete your turn. 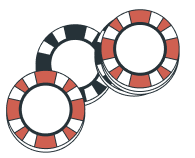 Two-eyed jack (Wild Card): There is a total of 4 two-eyed jacks in the deck. To play a wild card, you can place one of the marker chips on any open space on the game board to complete your turn. You cannot remove a marker chip that is already part of a completed SEQUENCE with a one-eyed jack.

If you hold a card in your hand which does not have open space on the game board, it is a Dead card and can be turned in for a new card. Just hold the card and bin it; a new card will be added to replace the Dead card. 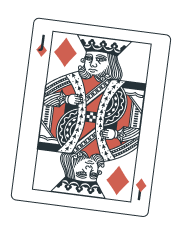 There are four corner cards on the edge of the board. All players must use the corner cards as though their color marker chip is in the corner. When using a corner, only four of your marker chips are needed to complete a Sequence.